image First to see the light of the new day

As it relates to humans on planet earth, I have read that New Zealand is the first country to see the light of the new day. Well, during the summer, that is (Dec 21 – March 21). When I look on a map I see that Tonga and Fiji see it sooner.

The law of attraction dictates that we find what we are looking for. At first it was a bit of a shock to return to an English-speaking western-cultured country similar to the one I grew up in. Then I discovered my first few skeletons.

As it relates to the cosmos, the earth rotates on its axis and around the sun with no beginning or end. By the time we reach 360 degrees from our “original” position relative to the solar system, we have traveled very far relative to distances on earth, but only a short distance relative to the universe. 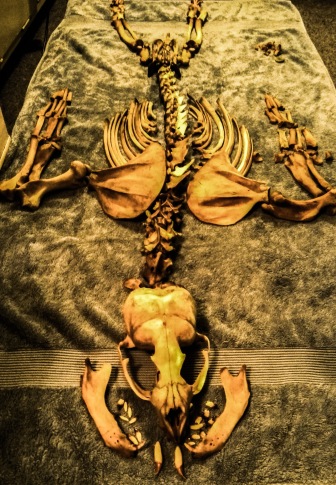 I’m pretty good at finding skeletons. Scanning the ground I see bones all over the place. It takes keen patience to differentiate from the ones I see and the ones that remain on closer inspection.

When Toronto is eating lunch and Osaka has just transitioned to the next calendar date, Christchurch, New Zealand is waking up to have breakfast and go to work the next morning.

This is the first seal skeleton I have ever found. I imagine the story and timeline leading up to our meeting. This sick, adolescent female seal climbed over the dune during high tide looking for a bush to rest under. The next day in the dehydrating sunlight it lost its final strength and was left undiscovered until the bugs had eaten all of its flesh away and the same life-giving, life-taking sun bleached its bones.

The cherry blossoms are in bloom here and the days are getting longer and warmer.

In this position, along the surface of this one-sided sphere, one could travel to the other side of the map and find something so much the same and yet so different.