I have recently returned from the mountain of rebirth. In accordance with ancient tradition, I cannot tell you what is there but I can tell you my journey there. 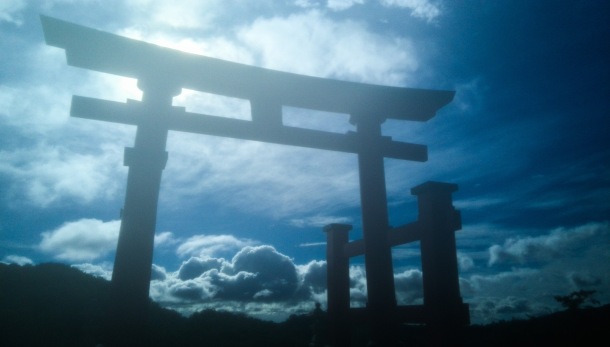 Torii at the entrance to Yudonosan shrine.

There is a steep three hour hike between the mountains of death and rebirth. On the way down from Gassan’s peak, the mountain itself holds back the oncoming storm. The path here is sometimes sunny and the clouds are beautiful. 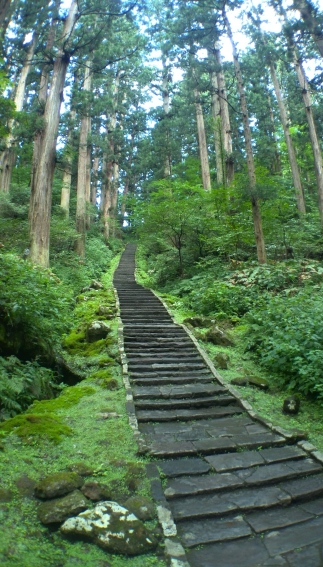 The three hour hike to the summit of the mountain of death is torn with upfalling rain that stabs your face and wind that you can lean into but will change suddenly and will test your balance if you empty a lungful of scream into it at full capacity. Well, at least if you happen to be climbing while the largest typhoon to hit Japan in the last 50 years approaches.

The pilgrimage between these three mountains in the Yamagata prefecture has been walked since the fifteenth century. The path to the mountain of death has since been paved and must be driven by car. Even driving the winding path takes over an hour.

The steps up the mountain of birth are mossy and plentiful. Shrines to the kami (gods/spirits) of agriculture, fishing, health and art line the path to the temple complex at the top.

At the shugendo haven of Dewasanzan, an amalgamation of Buddhism and Japanese originated traditional Shinto is practiced by the ascetic yamabushi who attain spiritual enlightenment by physical endurance. The yamabushi (mountain people) endure tests such as fasting and sitting in freezing streams even during winter.

If one knows where to look one can also find enshrined auto-mummified holy men seated in meditation position. Having transitioned smoothly from life to death, slowly releasing worldly needs such as food, sleep, water, and a left eye. They spent their final moments in isolation periodically ringing a bell until the supervising monks no longer heard the ringing. They knew that signified the accomplishment of enlightenment. 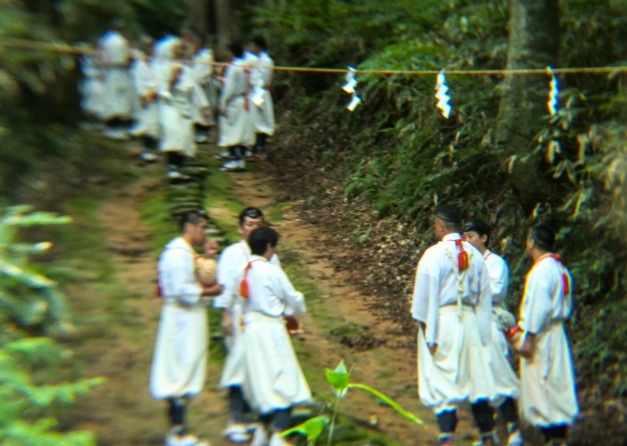 The original inspiration to go on this journey came from a wizard I met in Kyoto one year ago. His only FOMO from his time in Japan was not making it to Dewasanzan. He had but recently realized his wizardness and went to pursue his studies in far-off lands from this far-off land. I’m glad I was able to complete the wizard’s journey and visit the three shrines on the three mountains of Dewa: birth, death and rebirth. Some of the experiences we must have and contemplate in our lives as humans on planet earth.